The 6th edition of SoftwarePlant’s ShipIt Week hackathon had quite a bumpy start. Like many companies, due to the threat caused by Covid-19, at the beginning of March, the whole SoftwarePlant team decided to work remotely. The decision was made just two days before the start of the hackathon. Despite various concerns, we’ve decided not to reschedule the event.

The Sheep Squad decided to award three teams that not only developed new and innovative solutions but also managed to complete their work on time.

And the winners are!

Prawica (eng. Right Wing) team has been recognized for adding the right-click menus to most of our product modules, such as Risks, Roadmap, Objectives, Board, Scope, Overview, and Gantt.

Kamil, Prawica’s team leader (in the middle right side of the screen), during SoftwarePlant ShipIt Week hackathon #6 demo presentation. Apparently, our hackathons have plenty in common with tv shopping channels, as it’s always a good idea to prepare something extra. Who bought something from Klaudiusz?

We’ve developed 100% of our features with Angular. To add the right-click functionality, we had to adjust our generic components library. – adds Kamil. Despite the remote formula of the event, the Prawica team had no problems working together. – 80% of the time, we were connected via a videoconference, so the communication in our team went smoothly. But I’d be lying if I said that the remote formula doesn’t have its downsides. Traditionally, both kick-off and demo presentations took place on our big stage in the office. They have always been organized with such a big bang. You can’t convey these emotions of excitement via a videoconference – admits Kamil.

The next winning team to use Angular was UX Empowerment.

In this hackathon, we’ve added significant improvements to the Roadmap module, allowing users to estimate the progress of each of their objectives in several ways, by using percentages or colors. – comments Michał Koman, UX Empowerment team leader. – The percentage estimation of any objective will automatically affect the percentage estimation of the whole project. For color estimation, each user can choose the simple, default color palette of green, yellow, and red, or they can adjust the palette according to the needs of their organizations. Colors can be assigned to status or manually.

We used Angular for this project and developed everything in accordance with our new expansion architecture and the separation of responsibility principle. – adds Michał.

Skynet, the third winning team, had prepared a new, angular calendar application with a task list based on the already existing SoftwarePlant UI components.

The generic calendar module played a significant role, being the base on which we’ve built this solution. It allowed us to focus on providing many functionalities all without exceeding the deadline – comments Piotr Stępniewski, Skynet’s team leader. – We’ve used the existing API endpoints dedicated to Gantt applications as a source of data. Therefore, with only frontend developers on our team, we were not blocked in any way by the lack of a developer specializing in backend technologies. Once we had the data, the NgRx library came in very handy. It allowed us to create both data model and flow, based on CQRS rules. NgRx selectors were equally useful, as they use the ‘memoization’ optimization mechanism. This allows for fewer calculations that have to be performed by the processor, as well as the amount of change detection initiated by our components. We have also created services that are a facade for dispatch of actions and use of selectors. This will allow us to swap NgRx for our own CQRS library in the future. How did Skynet handle the hackathon challenge in its remote form?

Tools such as Slack and Google Meet (Hangouts) came in very handy. We’ve organized plenty of videoconferences, and talked about architecture, or in what direction we want to go with this project.– adds Piotrek – Pair programming has proven to be the key factor that allowed us to work so effectively. As a result, I feel that all developers in the Skynet team had a better understanding of each other, and a higher level of focus and involvement in the project. Ultimately, thanks to pair programming, I think we’ve produced much better code.

The award ceremony was held remotely as well. Although we did not have our big office stage at our disposal, Sheep Squad managed to organize another exceptional event.

‘The Winners Are” ceremony for SoftwarePlant’s ShipIt Week hackathon #6

Marcin, Head of Design at SoftwarePlant and Sheep Squad leader (in the upper right corner of the screen), hosting ‘The Winners Are” ceremony for SoftwarePlant’s ShipIt Week hackathon #6

Winners, apart from eternal fame and glory, received huge, custom made mugs – with the name of their team and their project commit. But the winner was our QA Gosia with her spot-on disguise as the Covid-19 virus. Gosia as the Covid-19

Gosia won a subscription for one of the most popular online streaming services (and SoftwarePlant’s client btw) – Netflix! Quite a useful prize these days.

This was our first remote ShipIt Week hackathon, so there were some obvious concerns about communication barriers. However, teams proved that it’s going to take more than remote work challenges, to stand in the way of achieving success. – comments Marcin Nowak, Head of Design at SoftwarePlant and Sheep Squad leader. – I can tell you that from the perspective of a designer, who participated directly in the work of several teams, it was really inspiring and uplifting to see so much collective commitment and drive. Additionally, I’m proud that our remote award ceremony was equally successful and really funny – adds Marcin. ShipIt Week hackathons are held at SoftwarePlant regularly every two months, with all members of the development team participating. These hackathons aim to create new functionalities for SoftwarePlant products, according to developers’ ideas.

Throughout ShipIt Week, the development teams can count on the help of both the UX/UI team, as well as the support of our DevOps. Teams have one week to design, code, and test their solutions.

All hackathons are organized and supervised by the so-called Sheep Squad, consisting of representatives of Product Management and UX/UI teams, as well as SoftwarePlant’s CEO, CTO, and COO. 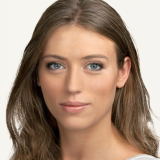